“If I have ever made any valuable discoveries, it has been owing more to patient attention, than to any other talent.” We design and develop biologics

Forbius (Formation Biologics) is a clinical-stage protein engineering company that designs and develops biotherapeutics for the treatment of cancer and fibrotic diseases. Forbius was founded in 2011 as a management-led spin out from YM BioSciences, prior to YM's acquisition by Gilead.

Forbius’ medicines are designed to radically transform patients’ lives. Our strength is utilizing our knowledge of biology and diverse protein engineering technologies to design superior inhibitors of validated biological pathways.

Targeting TGF-beta and EGFR Pathways in Fibrosis and Cancer

Our current focus is the development of agents targeting the transforming growth factor-beta (TGF-beta) and epidermal growth factor receptor (EGFR) pathways. For both of these pathways, there is a significant body of evidence validating their role as drivers of multiple life-threatening conditions. However, in the case of the EGFR pathway, the majority of patients do not benefit from currently marketed EGFR inhibitors. In the case of the TGF-beta pathway, not a single agent targeting this pathway has yet been approved. By using multiple complimentary platform technologies, Forbius’ team overcame barriers that prevented development of highly-active therapeutics targeting these pathways.

By utilizing multiple complementary platform technologies, Forbius engineers proprietary, fit-for-purpose biotherapeutics positioned to
become the new standard of care. Our strength is designing highly active inhibitors of validated pathways that have a differentiated
mechanism of action.

Forbius uses receptor ectodomain-based trap technology to design selective and potent traps that neutralize ligands that are over-expressed in disease. We have a unique approach to designing traps that results in superior potency compared to traditional trap engineering approaches.

Forbius utilizes cutting-edge in silico protein modelling platforms to accelerate and optimize design of its biotherapeutics.

Forbius developed AVID200 to be a highly potent and isoform-selective TGF-β inhibitor. AVID200 neutralizes TGF-β1 and-β3 with pM potency. These isoforms are known to be drivers of fibrosis and tumor immune resistance. In contrast, TGF-β2 is a positive regulator of hematopoiesis and normal cardiac function, and blockade of TGF-β2 is therefore undesirable. The ability of AVID200 to selectively target TGF-β1 and -β3 positions it to be an effective and well-tolerated therapeutic in fibrotic diseases and immuneoncology.

AVID100 is a highly potent EGFR-targeting antibody-drug conjugate (ADC) that was engineered to achieve enhanced anti-tumor efficacy without a corresponding increase in toxicity against skin and other EGFR-expressing normal tissues. In preclinical studies, AVID100 demonstrated significant anti-cancer activity, including in EGFR overexpressing tumor models that are resistant to marketed EGFR inhibitors. AVID100 is the only broadly active anti-EGFR ADC in clinical development globally.

AVID200 is designed to be a highly potent and isoform-selective TGF-β inhibitor. This agent is unique because it selectively neutralizes TGF-β1 and -β3 with pM potency, while at the same time being minimally active against TGF-β 2. Inhibiting the TGF-β1 and -β3 isoforms is advantageous because overexpression of these isoforms is closely associated with the progression of fibrosis and cancer. Conversely, blockade of TGF-β2 is undesirable because of the potential impact on normal cardiac function and dissemination of metastasis. We therefore believe that AVID200 is ideally positioned to be an effective and well-tolerated therapeutic in a variety of clinical settings. AVID200 is undergoing development for the treatment of fibrotic diseases and immune oncology.

President and CEO
Ilia is an entrepreneur and inventor of several products under development
by Forbius. At Forbius, Ilia built a strong leadership and advisory teams, raised a multiple
rounds of financing, and in-licensed additional drug candidates. Prior to Forbius, Ilia occupied
positions of increasing responsibility at YM BioSciences Inc. (YM), a publicly traded oncology drug
development company that was acquired by Gilead Sciences in a $500 million transaction.
His findings at YM led to the creation of an antibody technology and ultimate spin-out of
Forbius from YM prior to the Gilead acquisition. Ilia completed undergraduate and graduate
scientific training at the University of Toronto and also holds an MBA from Rotman School of
Business.

Chief Scientific Officer
Maureen is an expert in the discovery and development of targeted biological
therapies. She has published over 100 peer-reviewed manuscripts, including over 50 publications
in the TGF-β field. Maureen also holds numerous patents, the majority of which are under active
preclinical and clinical development by biotechnology companies. Prior to joining Forbius,
Maureen was Principal Research Officer and Section Leader at the Canadian National Research
Council (NRC). While at NRC, Maureen served as a Scientific Leader of NRC's Biologics Program, a
pan-Canadian network of over 10 research teams. Under her leadership, this program established a
successful track record in developing innovative protein therapeutics. Maureen is the recipient
of many awards, including the prestigious Gervais-Dionne Award (2012) for her work on “New
Cancer Targets and Matching Antibodies for Diagnostic and Therapeutic Use”.Maureen received her
Ph.D. in Biochemistry from the University of Alberta and completed post-doctoral training at the
laboratory of Drs. Michael Sporn and Anita Roberts, where TGF- β proteins and their relation to
carcinogenesis was newly-discovered.

Paul has a long and successful track record in clinical development of novel agents for the
treatment of cancer and immune system-mediated diseases. He has led development of successfully
marketed biologicals, including cytokines and monoclonal antibodies, as well as small molecules.
Previously, Paul has served as Chief Medical Officer or Vice President of Medical Research for a
variety of biotechnology companies such as Alexion Pharmaceuticals, OSI Pharmaceuticals, Protein
Design Labs (including responsibility for preclinical development). As well Paul served with big
pharma companies, including Vice President, Scientific Planning and Analysis, and Vice
President, Medical Research, with Sandoz Research Institute (Novartis), and Director of Clinical
Immunology, and Head, Section of Immunology and Virology, Department of Medical Research with
Hoffmann La Roche. Paul has also served on a variety of Medical, Oncology and Scientific
Advisory Boards, and advised government agencies, academic centers, and research institutes.

VP of Manufacturing
Godfrey leads manufacturing activities at Forbius and has over sixteen years
of experience heading CMC of biologics and antibody drug conjugates (ADCs). Until 2016, Godfrey
was a Vice President at ImmunoGen Inc, a leader in the field of ADCs, where he built and led the
Process and Analytical Development department. His group developed and implemented over twenty
processes for early stage conjugates and biologics and five processes for late stage and
commercial conjugates, including Mirvetuximab Soravtansine and Kadcyla®. Prior to joining
ImmunoGen, Godfrey was at Genetics Institute Inc for fifteen years, where he led departments
responsible for process, analytical and drug product development of coagulation factors, bone
morphogenetic proteins and lymphokines. He was directly involved in submitting successful
license applications for five of these products. Godfrey is also the principal at Amphlett
Consulting LLC where he advises on process development and manufacturing of
biotherapeutics.Godfrey earned his Ph.D. at the University of Birmingham, U.K. and was a
postdoctoral fellow at the University of Notre Dame, Indiana prior to starting his career in the
biopharmaceutical industry.

Chairman
Walter is Chairman of Forbius. Previously, he served as Vice President of
Development at CoStim Pharmaceuticals, an immuno-oncology company
acquired by Novartis in 2014. Walter is scientific founder of ImmunoGen where he served as an
Executive Vice President of Science and Technology since 1996. Walter is the inventor of
FDA-approved ADC Kadcyla® (trastuzumab-DM1) and SMCC-DM1 payload technology.Prior to joining
ImmunoGen at its newly established laboratories, Walter held various positions at the
Dana-Farber Cancer Institute, Harvard Medical School, in Boston. In 1987 he joined ImmunoGen
Inc., as Vice President and subsequently Senior Vice President, Research and Development. He has
been a Member of Supervisory Board at Morphosys AG since May 2007. He served as a Director at
ImmunoGen Inc. since September 1995. During his time with the company, ImmunoGen introduced
multiple ADCs into clinical development and established several successful research and
development collaborations with major pharmaceutical companies. Walter studied Chemistry at the
Swiss Federal Institute of Technology, Zurich (ETH Zurich), and subsequently held a research
position as a Post-Doctoral fellow at Harvard University, Cambridge, U.S.A. He received his
Masters degree and his Ph.D. from the Swiss Federal Institute of Technology in Zurich in 1973
and 1978 respectively.

Director
Gregg applies more than 20 years of experience in the life science and
technology industries, ranging from venture-backed start-ups to publicly traded companies. He
previously served as CFO of two public and three privately held companies, during which time he
managed finance, accounting, corporate communications, human resources, information technology,
facilities, legal, intellectual property, business development and manufacturing functions.
Gregg’s core expertise includes operational management, strategic planning and corporate and
business development, fundraising and mergers and acquisitions. Prior to his CFO roles, Gregg
was a life science investment banker with Adams, Harkness & Hill, where he underwrote
financings for and provided buy- and sell-side M&A counsel to biotechnology, medical device,
and healthcare information technology companies. He began his career as a corporate attorney
with Gaffin & Krattenmaker, a Boston-based law firm. Gregg holds a BA from Middlebury
College, JD from the University of Pittsburgh School of Law and MBA from Carnegie Mellon
University.

President and CEO
Ilia is an entrepreneur and inventor of several products under development
by Forbius. At Forbius, Ilia built a strong leadership and advisory teams, raised a multiple
rounds of financing, and in-licensed additional drug candidates. Prior to Forbius, Ilia occupied
positions of increasing responsibility at YM BioSciences Inc. (YM), a publicly traded oncology drug
development company that was acquired by Gilead Sciences in a $500 million transaction.
His findings at YM led to the creation of an antibody technology and ultimate spin-out of
Forbius from YM prior to the Gilead acquisition. Ilia completed undergraduate and graduate
scientific training at the University of Toronto and also holds an MBA from Rotman School of
Business.

Director
Joerg is an Investment Banker and Venture Capitalist with over 40 years of
experience in international finance. He is the Chairman of Clubb Capital Limited in London and
has been assisting emerging biotechnology companies since the early 1990s.
His past clients include BioMarin, YM BioSciences and Raptor Pharmaceuticals.
Prior to his career in venture capital, Joerg was a banker and investment banker with UBS, Goldman Sachs and Lehman Brothers.
He is also serving on the boards of Metriopharm AG and of Constant Therapeutics LLC.

Professor of Pharmacology and Medicine, Dartmouth Medical School
Discovered TGF-beta and was the first to demonstrate it’s potential role in cancer and fibrotic diseases

For partnering and business development enquiries, please contact us at: bd@forbius.com

If you are a clinician or researcher interested in collaborating with us, please contact us at: info@forbius.com 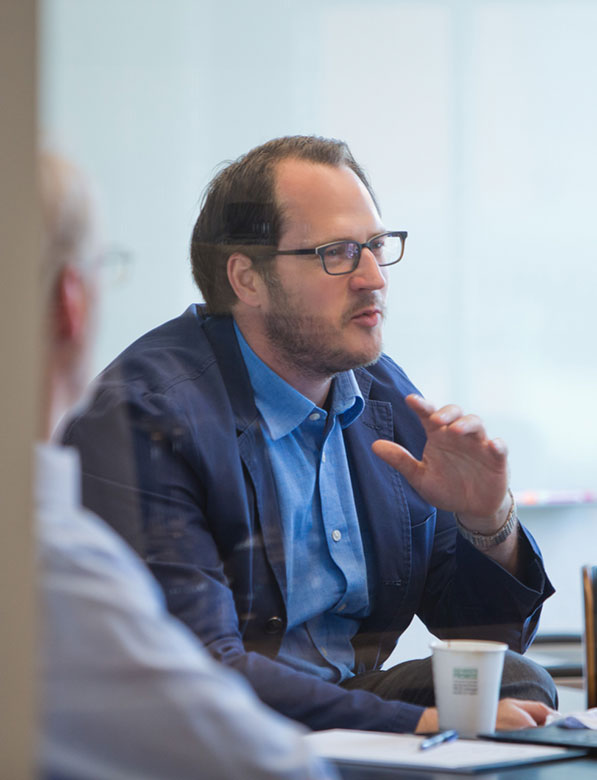 Forbius is a rapidly growing, science-driven company. We are pleased to hear from individuals with a track-record of achievement who are interested in joining our team. Click here to learn more about our corporate culture and open positions. 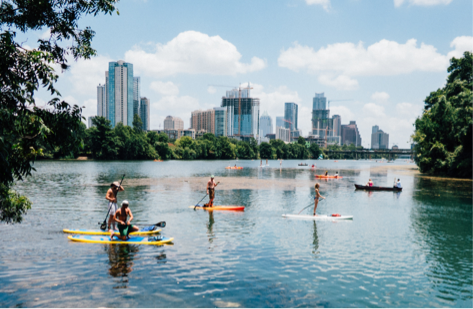 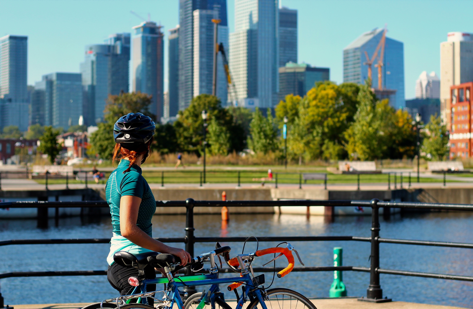 Please email us at: info@forbius.com